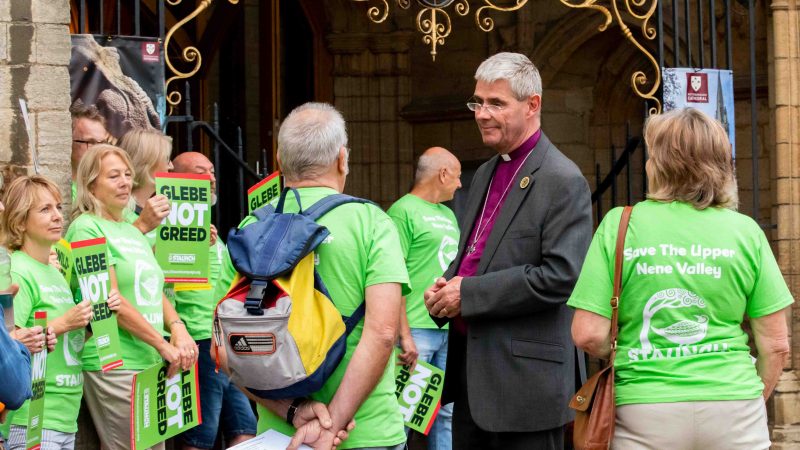 The following article first appeared in the Church Times on 2nd September 2022 by Hattie Williams.

A CAMPAIGN against the diocese of Peterborough’s decision to sell glebe land to commercial developers gathered pace this week, after a protest was held outside Peterborough Cathedral. A lecture on saving the environment was being hosted there at the time.

Two years ago, the PCC of St Mary the Virgin, Titchmarsh, received formal notice that the Peterborough Diocesan Board of Finance (DBF) had agreed to sell a ten-year development option on a plot of agricultural land between Titchmarsh and the neighbouring town of Thrapston (News, 21 August 2020).

Members of the community, including the PCC, residents, and some supporting clergy and neighbouring parishioners, wrote to the Bishop of Peterborough, the Rt Revd Donald Allister, to object to the plans, and the campaign group Save the Glebe Land was formed.

The name was later changed to STAUNCH (Save Titchmarsh, Thrapston and Upper Nene Valley Countryside and Habitat) to include a subsequent campaign against a plan to build industrial units and warehouses next to the wetlands of the Upper Nene.

The group has been raising money in expectation of the legal fees required should its planning objections go to appeal. Its working party includes Stephen Barber, who is a churchwarden of St Mary’s.

Their protest on Tuesday of last week coincided with a presentation in Peterborough Cathedral being given by Tony Jupiter, who chairs Natural England: “The Killer Question: What is really happening to our planet.” The evening was hosted by Dr Pete Brotherton, who is both the diocesan environmental officer and the director of science and climate change at Natural England, which advises the Government on how to better protect the natural environment.

STAUNCH has complained that Natural England has made no objection to the plans, which, they say, go against the diocese’s own environment policy, published in 2021, to increase its contribution to sustainability, biodiversity, and local ecology.

The group’s chair, Kevin Shapland, said: “The subject of the talk is an important issue that we all need to be aware of and respond to. However, the hypocrisy of the diocese in hosting the event in the wake of their sale of 144 acres of prime agricultural land in Northamptonshire is astonishing. . .

“The diocese of Peterborough owns just under 4500 acres of glebe land. Whose community will be next?”

To read the full article, please click the link below: 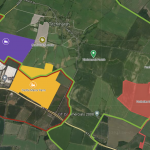 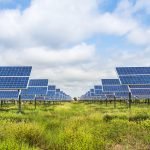 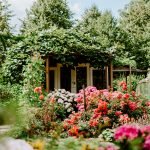 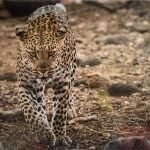 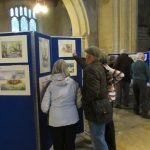 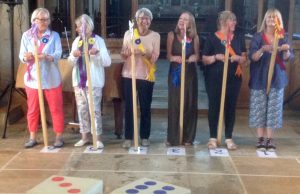