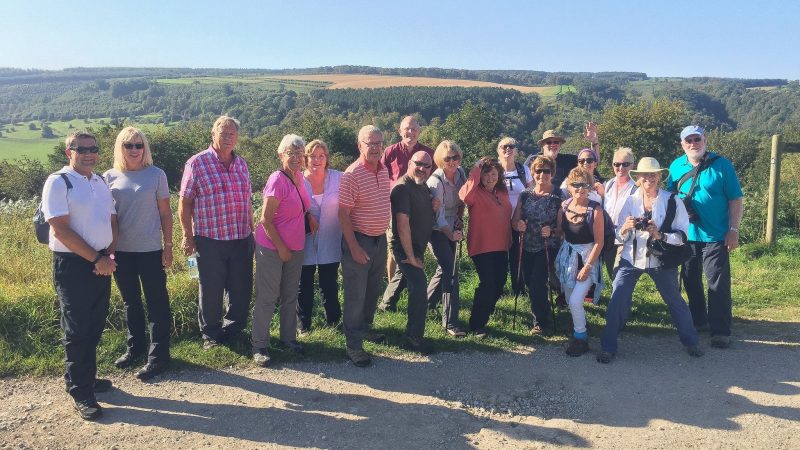 Each year the Titchmarsh Walking Group heads off for their annual walking weekend. Past destinations have included the Cotswolds, Derbyshire and the Lake District. This year it was the turn of Helmsley, a picture-perfect market town in North Yorkshire. Located approximately 20 north-east of York, Helmsley is a popular tourist centre and has often won gold medals in the Large Village category of Yorkshire in Bloom.

Not far from Helmsley are the impressive ruins of Riveaulx Abbey. Founded in the 12th century by a group of Cistercian monks, the Abbey was later siezed by Henry VIII during the dissolution of the monasteries. At one time it is said to have been one of the greatest and wealthiest abbeys in England, with 140 monks and other workers. Today, its ruins are all that remain but such is the size of grandeur of the site that they still provide a striking monument of what had once been. 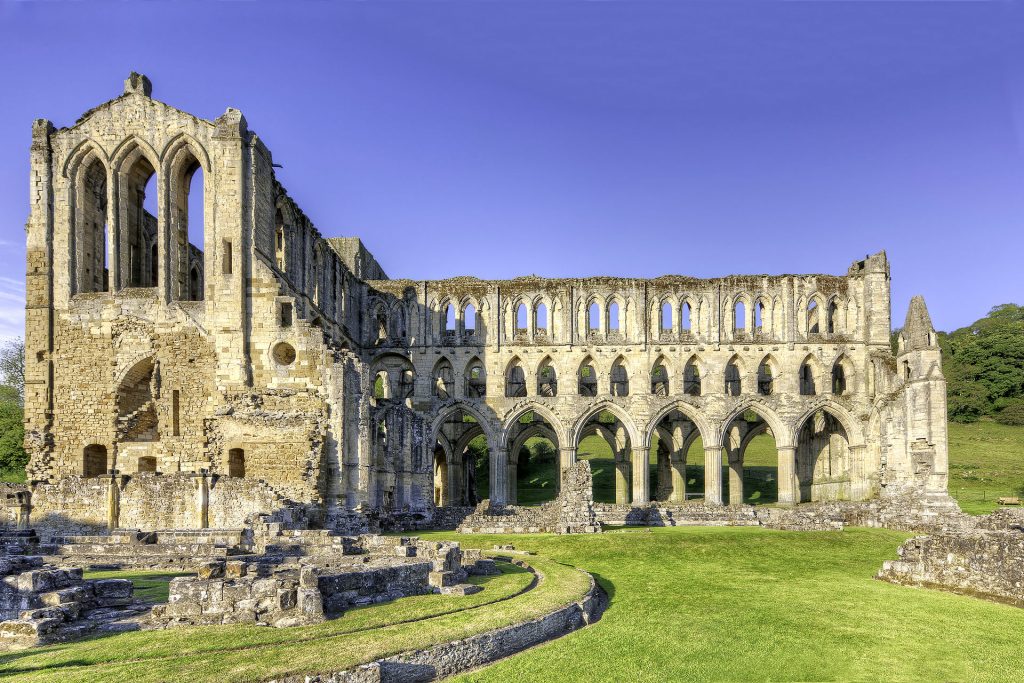 The Titchmarsh Walking Group attracts walkers of all ages and abilities. This year no fewer than 19 intrepid Titchmarshians headed out for Helmsley – including 7 people who had never been on a walking weekend before. The first walk on Saturday offered two routes to Riveaulx Abbey. The first was a fairly even stroll of around 4.5 miles. The second route provided a more strenuous hike of around 7 miles. The group headed out together with the routes diverging after an hour or so. This meant the party were able to enjoy the stunning scenery and blue skies together for much of the way. North Yorkshire is a very rural environment. Rolling green landscape, crowned with extensive woodlands, extends in all directions criss-crossed by meandering rivers. Stepping out on such a beautiful day in such glorious surroundings was an absolute joy.

The weather was so nice that upon arrival at Rievaulx lunch was taken outdoors in the wonderful abbey refectory. Here the walkers were treated to a marvellous array of sandwiches, soups and more than a few slices of cake. Bottles of beer and cider soon followed. Indeed such was the convivial nature of the surroundings that it was easy to forget that the group still had to walk back to Helmsley!

The route home was to have been a simple 4 mile stroll across open farmland. Soon after leaving the abbey, and following a steep climb to the plateau high above, the group arrived outside Rievaulx Terrace. This is a separate visitor attraction connected to the abbey but which requires an additional entrance fee. To their great surprise, however, the party learned that on this particular day, the entrance was free! There then followed an unscheduled 45 minute excursion around the Terrace. This offered stunning views of the Abbey below and the surrounding countryside.

Once the party had reassembled it was time to pick-up the route back home again. This took the group through the impressive Duncombe Park estate – home to the Feversham family – before arriving back in Helmsley. Luckily, just outside the gates of the park is Helmsley brewery – which seemed like a fitting place to stop and raise a glass to a marvellous day out!

The Sunday walk offered more of the same. This time the group tackled a much shorter 4 mile circular route along Sutton Bank. The escarpment on the edge of the Hambleton Hills – also known as Roulston Scar – is said to offer the best view in England – and it was easy to see why. It’s so high that an airfield for gliders is based on top of it. On a good day they say it is possible to see York Minster about 20 miles away.

Towards the end of the walk, a small group broke away to see the famous White Horse of Kilburn which is cut into the hillside about a mile further on. It is said to be the largest and most northerly hill figure in England. It was certainly impressive – though it soon became apparent that the best view of such monuments is probably from much, much further away!

After Sunday lunch at a nearby pub it was time to say goodbye. It had been a wonderful weekend, blessed with good weather, great walks and no end of good cheer. There had even been time for a pub quiz. If you’re ever in the vicinity Helmsley is certainly worth a visit. It is a very pretty market town with many excellent eateries, pubs and hotels. There’s also a castle to explore and it’s extensive walled garden.

With over 30+ active members, the Titchmarsh Walking Group remains one of the most popular and accessible groups in the village. They meet on the first Saturday of every month outside the village shop at 10am (or sometimes earlier). Midweek evening walks are also held. 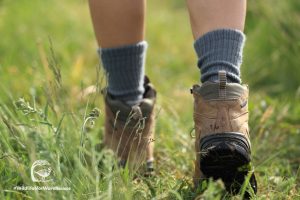